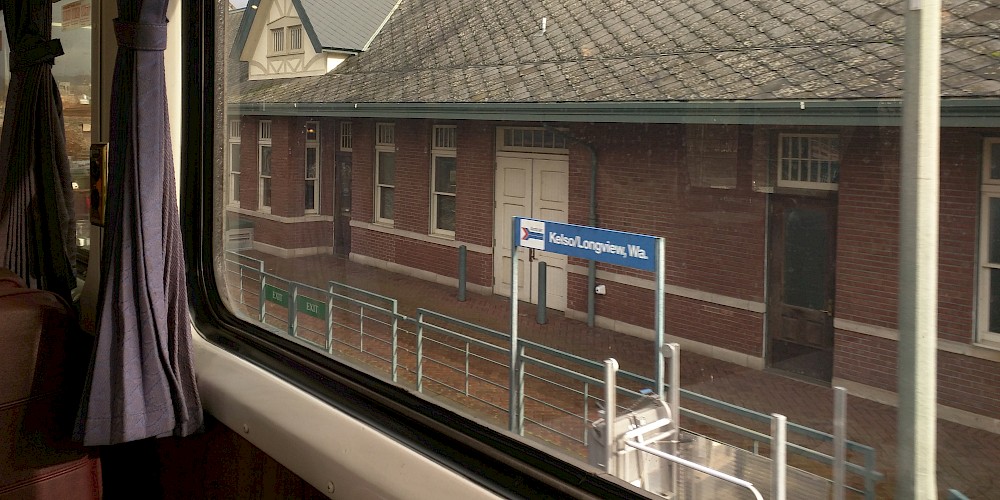 A PDF version of this newsletter may be downloaded here. 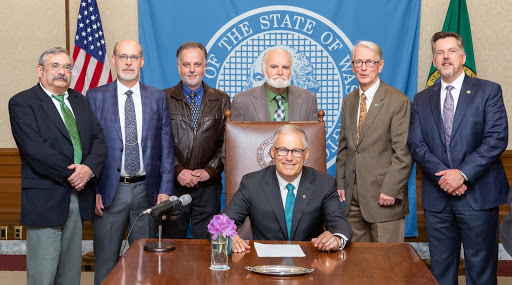 On May 21, Governor Inslee signed the state transportation budget, which included funding for a study of east-west passenger rail service for which All Aboard Washington has been advocating. The study will be undertaken by the Joint Transportation Committee (JTC), and is due for release in June, 2020. 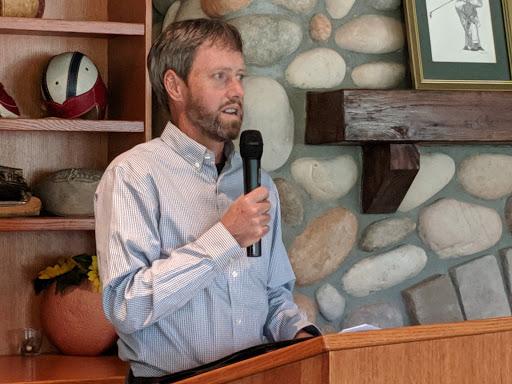 JTC Coordinator Dave Catterson spoke at the AAWA public meeting in Tumwater on June 8. He discussed the many possible opportunities and challenges facing the JTC with this study, including past reports and studies, cooperation with several stakeholders such as inland ports, and the economic benefits to communities across the state. The JTC has since published its request for proposals (RFP) for the study. Follow the JTC’s work at: leg.wa.gov/jtc

The National Transportation Safety Board (NTSB) has released its report of the December 18th, 2017 crash of Amtrak Cascades train 501. The 153 page report goes in-depth about the circumstances leading up to the derailment, describes the investigation process, and issues recommendations to all the agencies involved. Here’s the abstract of the report: 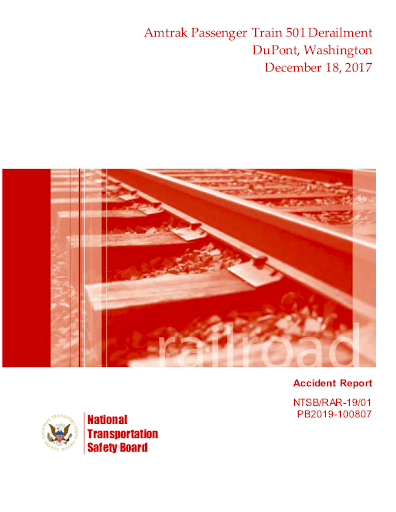 Abstract: On December 18, 2017, at 7:34 a.m. Pacific standard time, southbound Amtrak (National Railroad Passenger Corporation) passenger train 501, consisting of 10 passenger railcars, a power railcar, a baggage railcar, and a locomotive at either end, derailed from a bridge near DuPont, Washington. When the train derailed, it was on its first revenue service run on a single main track (Lakewood Subdivision) at milepost 19.86. There was one run for special guests the week before the accident. Several passenger railcars fell onto Interstate 5 and hit multiple highway vehicles.

At the time of the accident, 77 passengers, 5 Amtrak employees, and a Talgo, Inc., technician were on the train. Of these individuals, 3 passengers were killed, and 57 passengers and crewmembers were injured. Additionally, 8 individuals in highway vehicles were injured. The damage is estimated to be more than $25.8 million. 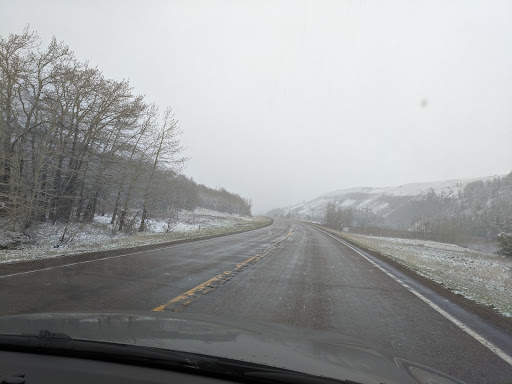 We had it all planned out: Charlie and I would be taking the Empire Builder to Cut Bank for the RPA Northwest Division meeting. It’d be my first ride on the Builder, and it’d be a fun, no-stress way for us to start off a short week of travelling (we’d also be going to Blaine to get NEXUS cards, and Portland for a concert). I woke up fairly early with a bit of packing to do, and then it’d be a jaunt up to Seattle before noon, leaving plenty of time to get on the afternoon train.

Then came the call. Mechanical issues left the Builder with slower locomotives. It would arrive in Seattle late, depart very late, and we’d probably miss most of the meeting if we took the train. We cancelled our tickets and wouldn’t be going… or so Charlie thought. Little did he know that I’m an expert road-tripper. I called him back, suggested a plan, and by 1 PM we were on the road. A quick snack run to QFC and a gas stop at the Issaquah Costco, and we were ready to cross the state. Several hours later, our second gas (and coffee) stop was in Idaho, where we decided to go as far as Whitefish, Montana. With just one more brief stop outside of Whitefish, we made it to our hotel before 11 PM. 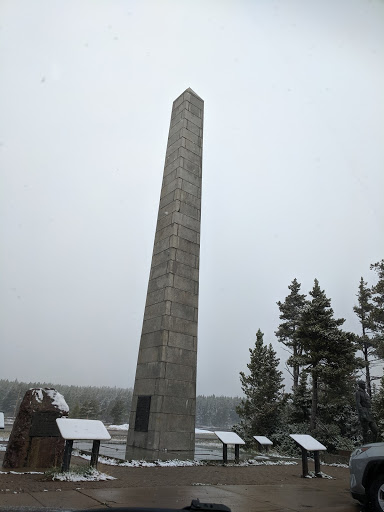 The next morning, we got our complimentary breakfast and headed out to cross through Glacier National Park. We stopped at the Izaak Walton Inn to get some photos, and made it to Cut Bank with plenty of time to spare. The meeting started with a delicious lunch of local samplings, and over 50 attendees showed up by the start of the program. Here’s a summary of the highlights: 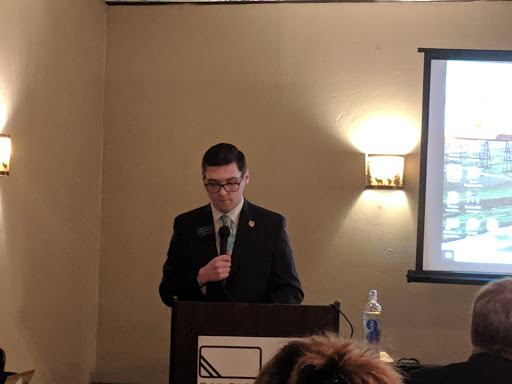 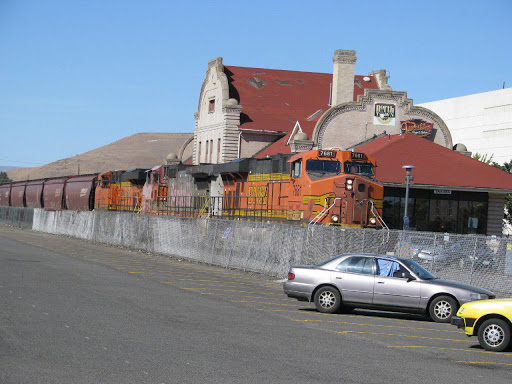 Here is Gary Wirt’s opinion piece as printed in the Yakima Herald-Republic on May 24th:

Yakima and Kittitas valleys lost passenger rail service in 1979, when Amtrak’s Seattle-Chicago Empire Builder was rerouted over Stevens Pass. The Yakima metropolitan area, with a population of over 250,000, is the largest metropolitan area not served by passenger rail in Washington state. South-Central Washington with a population of over 500,000 comprises a metro region that is not currently served by passenger trains to and from Seattle.

Among the benefits associated with the return of passenger rail service:

The study will include projections of potential ridership, assessment of infrastructure conditions including station stop locations, and identification of equipment needs. The study will also establish an advisory group and associated meetings. A report of the findings of the study is due to the Legislature by June 30, 2020.

Restoring rail passenger service through Central Washington will not be cheap. The Stampede Pass line needs numerous improvements, such as more and longer sidings to accommodate BNSF freight trains, signaling improvements (including now-required positive train control), and improvements to stations and station platforms along the route. Likely, a phased, multi-year, funding effort would be required.

Conducting a feasibility study is a significant step. Both infrastructure costs and potential ridership need to be quantified so that informed, follow-on decisions can be made. This study serves a purpose similar to the study of “new passenger ferry service to better connect communities throughout the Puget Sound area.” Our Legislature concurrently appropriated $350,000 for that purpose.

A meeting in Yakima is being planned to discuss passenger rail service, with date yet to be announced. The meeting will be sponsored by All Aboard Washington (http://www.aawa.us), a nonprofit organization promoting the development of Washington’s passenger rail system for the benefit of the public. AAWA has been leading this effort for several years.

Central Washington needs better transportation connections. Restoring passenger rail service would be a huge improvement. I urge the city of Yakima, Yakima Valley Conference of Governments, and residents of Kittitas and Yakima counties to support this effort over the coming months.

Gary Wirt is an All Aboard Washington member. He is retired from the Federal Aviation Administration, and resides in Yakima.

All Aboard Washington (AAWA) is a nonprofit organization that promotes a safe and robust passenger rail system in our state. We are confident that, with your support, Washington State passenger rail will continue to advance.

You may also send a check, with the form below, to

Thank you for your continued support.

All Aboard Washington Membership Application

□ Please send me my newsletter via postal mail only.