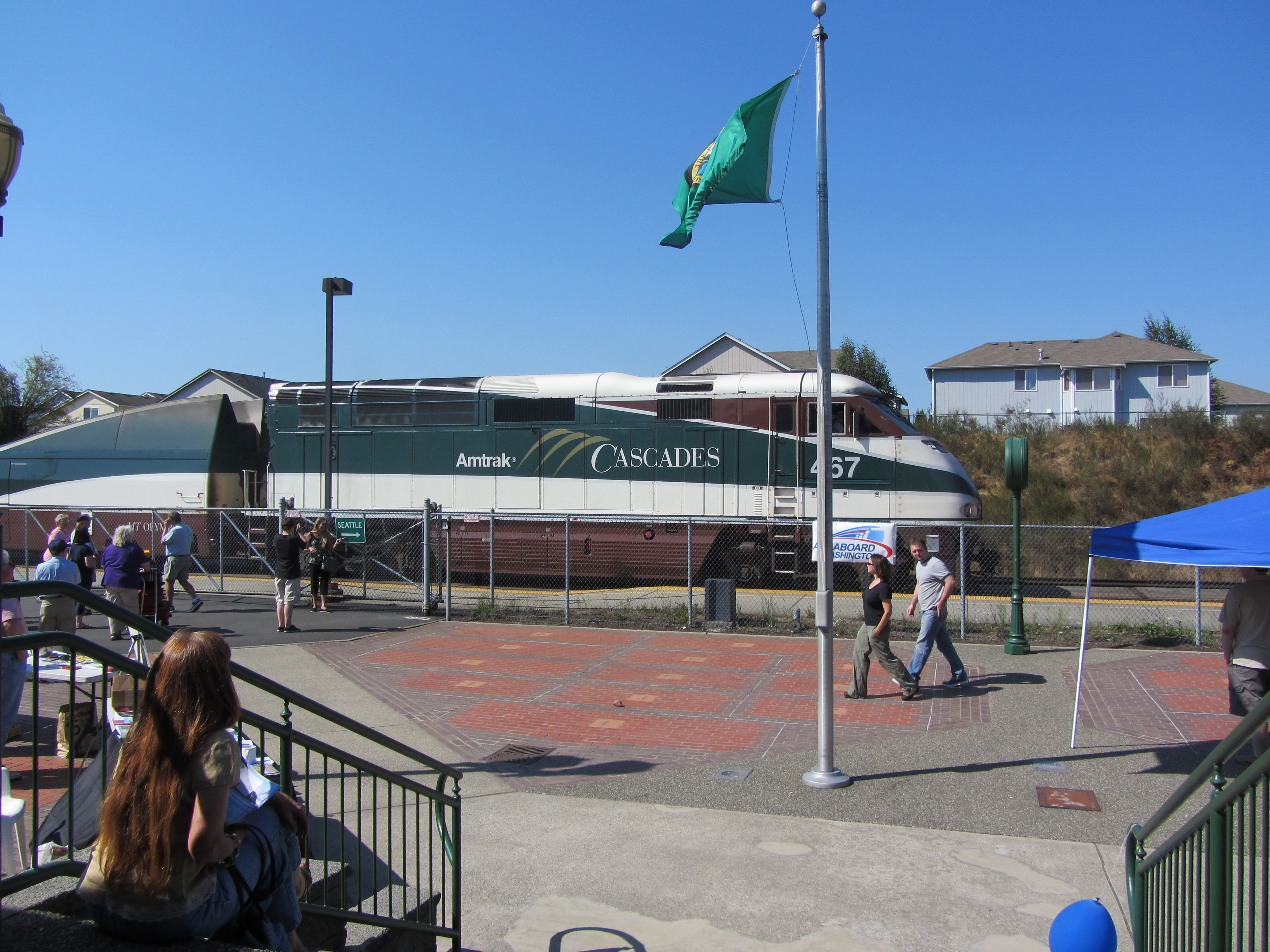 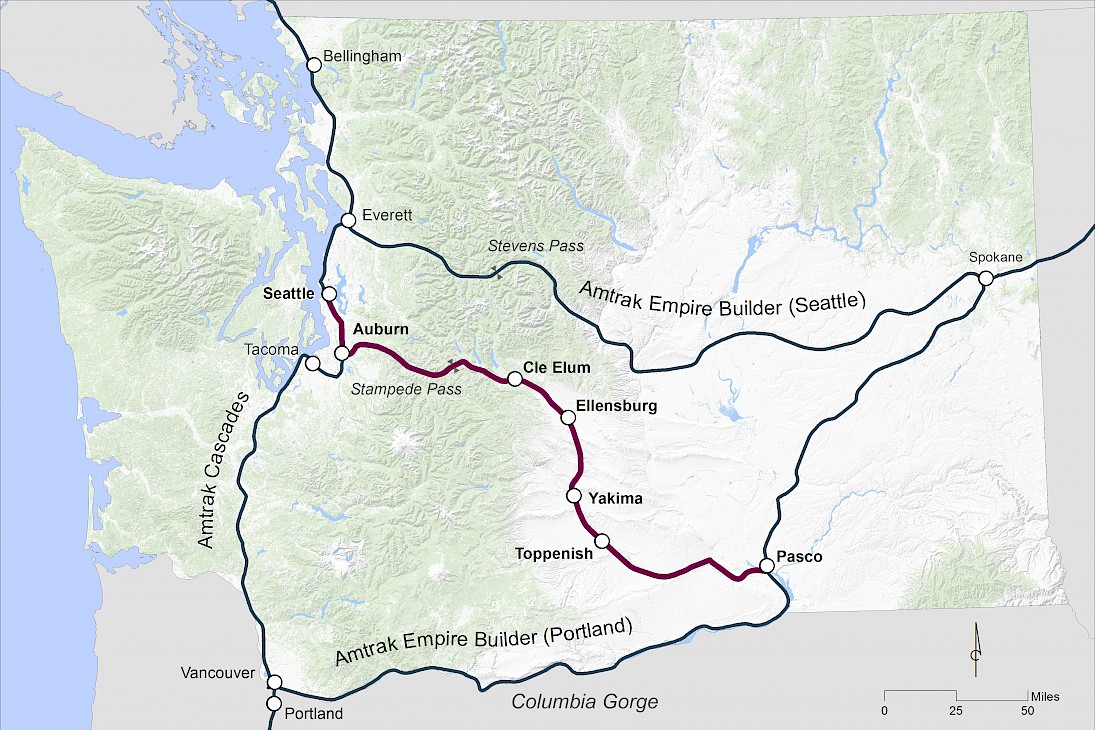 UPDATE: The final report is available.

It's been nearly forty years since the last passenger train linked the Tri-Cities and Seattle via Stampede Pass, and almost ever since then communities have been trying to get the trains back. Now with funding from All Aboard Washington, a passenger rail advocacy group, a study is underway to gauge public interest in this idea. We want to find out whether people would take a train on the Stampede Pass corridor, how often they would take the train, and where they would go. If this service is restored, it would link communities like Pasco, Prosser, Toppenish, Yakima, Ellensburg, Cle Elum and Auburn. In Auburn, the line would connect with trains north to Seattle and south to Tacoma and Olympia. In Pasco, the line would connect with the existing Amtrak service between Portland and Chicago. Restoring service won't be easy or quick. It will require significant investments to make the corridor (which now carries only freight trains), compatible with passenger services. But it might be worth it. What do you think?

All Aboard Washington Picnic Meeting Aug 12