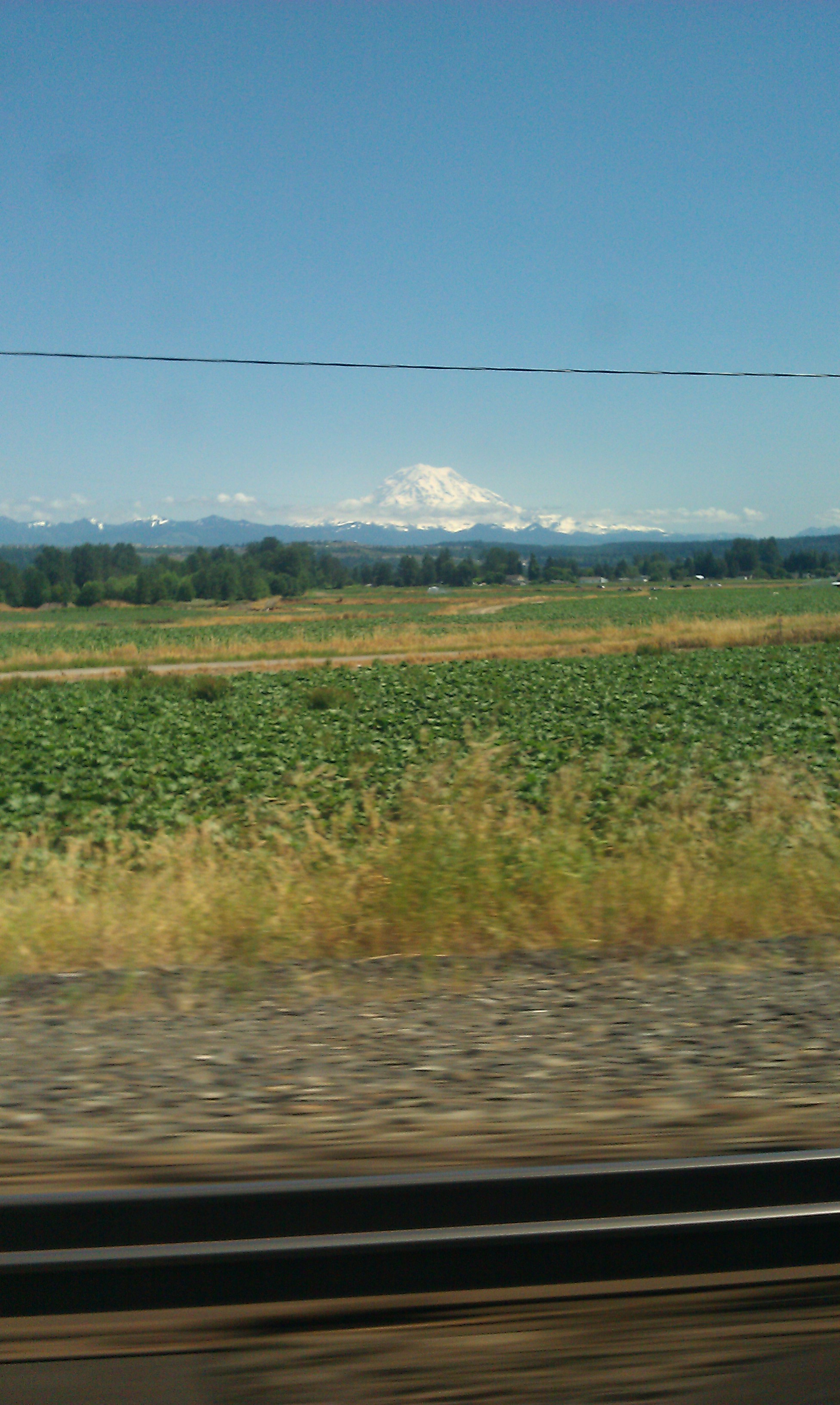 1. What is the East-West Passenger Rail Study?

The Joint Transportation Committee has been directed to conduct a study entitled “Feasibility of an East-West Intercity Passenger Rail System for Washington State” (the “2020 East-West study”). This is the continuation of an initial feasibility study conducted in 2001, which concluded that restarting daily passenger rail service between Seattle and Spokane via the Auburn-Tri-Cities Stampede Pass line is feasible. The 2020 East-West study will give us key information such as ridership predictions, cost estimates, and service pattern options that will allow our legislators to make informed decisions.

2. Will my city have a station stop along the route?

That’s still to be determined, although the East-West study did name Auburn, Cle Elum, Yakima, Ellensburg, Toppenish, Pasco, and “…on to Spokane.” Amtrak, an intercity (not commuter) service, generally avoids setting stations less than 30 miles apart outside of major metropolitan areas. No stops are mentioned between Pasco and Spokane, so there may be opportunities for trackside communities like Ritzville and Cheney to petition for a station in the future. Prosser is also a likely candidate for service because of its location between Toppenish and the Tri-Cities.

3. When will the service start?

That depends on many factors. We anticipate that the Legislature will first fund a plan that takes into account current rail line capacity, speed and safety, and how to make needed improvements, then fund the purchase of train sets and update the Washington State Department of Transportation’s (WSDOT’s) negotiated contracts to serve the added miles and station stops.

4. How fast will the trains go?

This depends on the track conditions and the equipment used. Amtrak Cascades’ current top speed with tilting passenger cars is 79 MPH, with lower speeds through congested areas, sharp curves, etc. While Cascades trainsets are designed to travel as fast as 110 MPH, raising speeds would require risk mitigation measures. If the East-West service uses conventional equipment, it may not be able to travel as quickly as the Cascades with tilting equipment unless the windiest sections of track are straightened.

5. How much time will it take to get from Spokane to Seattle?

The 2001 and 2020 feasibility studies examined potential travel times of Seattle-Spokane passenger rail service via the Stampede Pass line, comparing conventional and Cascades-style tilting equipment. The 2001 study estimated an end-to-end run time of 7 to 7.5 hours with Talgo equipment, including stops. Because faster tilting train equipment is being phased out, the 2020 feasibility study suggested an end-to-end run time of 8 hours 35 minutes.

Travel times east of Cle Elum are fairly competitive with driving; speeds from Auburn to Cle Elum are impacted by the winding nature of Stampede Pass. The eventual run time will depend on the average speed, which in turn will depend on the capacity of the line (single-track or double-track, curves, etc.), the amount of conflicting train traffic, and the number of stops.

6. How much will it cost to ride the new service?

Amtrak has two classes of service, business class and coach class. Nonrefundable value fare tickets are available for coach class. For a premium, Amtrak also offers “Flexible Fare Pricing” for coach class with full refundability up until departure time. Tickets tend to be cheaper the earlier you order. Discounts are available for seniors, active and retired US military members, riders with disabilities, and members of the Rail Passengers Association. The 2020 East-West study used Amtrak’s fare system to estimate ticket prices between Seattle and Spokane. Here are some of the proposed one-way fares:

7. How does the East-West corridor perform compared to others?

The East-West corridor performs fairly well given its population density and proposed frequencies. In the Feasibility of an East-West Intercity Passenger Rail System for Washington State study completed in June 2020, consulting firm STEER estimated an annual ridership figure of 205,000 for twice-daily service between Seattle and Spokane. STEER compared the East-West corridor to two others: Seattle-Portland and Charlotte-Raleigh, North Carolina.

The Seattle-Portland corridor was served by four Amtrak Cascades round-trips per day, plus the long distance Coast Starlight, before the current cuts in service caused by COVID-19. Cascades ridership reached nearly 818,000 in 2019, and three of the Coast Starlight’s ten most popular 2019 destination pairs were entirely within the Cascades corridor. The population of the Cascades service area is fairly dense, with nearly 7.4 million residents within 25 miles of the corridor.

The Piedmont/Carolinian is actually two services which, combined, serve the densely populated Charlotte - Raleigh, NC corridor with four round-trips per day. These services have a shorter run time than the proposed East-West service and serve a population of over 4.9 million within 25 miles of the corridor, yet ridership is quite similar. Piedmont ridership jumped from 165k to 212k when a third frequency was added in 2018.

8. Does Stampede Pass have the capacity to accommodate passenger trains?

The Stampede Pass line has ample free capacity, with BNSF currently running just five eastbound trains each day. They are typically empty oil tank cars returning from coastal refineries and shipping points to the Northern Tier states where they are refilled, then sent back along the Columbia River. The Stampede Pass tunnel is a significant limiting factor. It is single-tracked and is too short to accommodate double-stack freight trains; hence it is only suitable for low-level freight cars. Reconfiguring that long tunnel to make it suitable for double-stacked container trains would be very expensive. Long sections of single-tracking also present potential operational constraints, but the 2020 East-West study suggests that new sidings could reduce these problems for a cost of between $64 million and $78 million.

9. How would my community be able to contribute to this service?

One of the biggest aspects that communities can contribute to is in the area of station development. Olympia-Lacey station and Leavenworth station are two examples of stations that were created thanks to significant efforts from local leaders whose constituents value passenger rail service and who were willing to implement creative solutions. Local funding is one of the key issues, and AAWA believes County Rail Districts (CRDs) are a good way for counties without port districts to use state matching funds to support rail projects.

10. What is a County Rail District (CRD)? How is it funded? How might it assist Central and Eastern Washington’s efforts to get passenger rail service?

Counties already have authority under State law to form Rail Districts without a public vote. The Districts can take in all or part of a county. They can be used to support improvements that will extend or expand freight or passenger rail service to the jurisdiction. Two examples might be, paying for renovation of an old passenger station or adding a track siding for loading and unloading passengers. What’s missing from the Rail District law is a funding mechanism. AAWA’s proposal, known as HB 2622 from 2017/2018, would allow counties to access State funding in the same way counties or cities that formed Public Facilities Districts (PFDs) did: The State would pay the District a small percentage of its share of the sales and use tax raised in the jurisdiction, and the District would provide a match half the size of the State’s contribution. The local match could be raised from taxation, or donations (cash or in-kind, such as property or labor and materials). CRDs could apply for these funds if the jurisdiction, or that part of it, had not previously received funding under the PFD legislation. AAWA sees this as one answer to the Legislature’s likely question, “Do the locals have ‘skin in the game,’ and how much?”