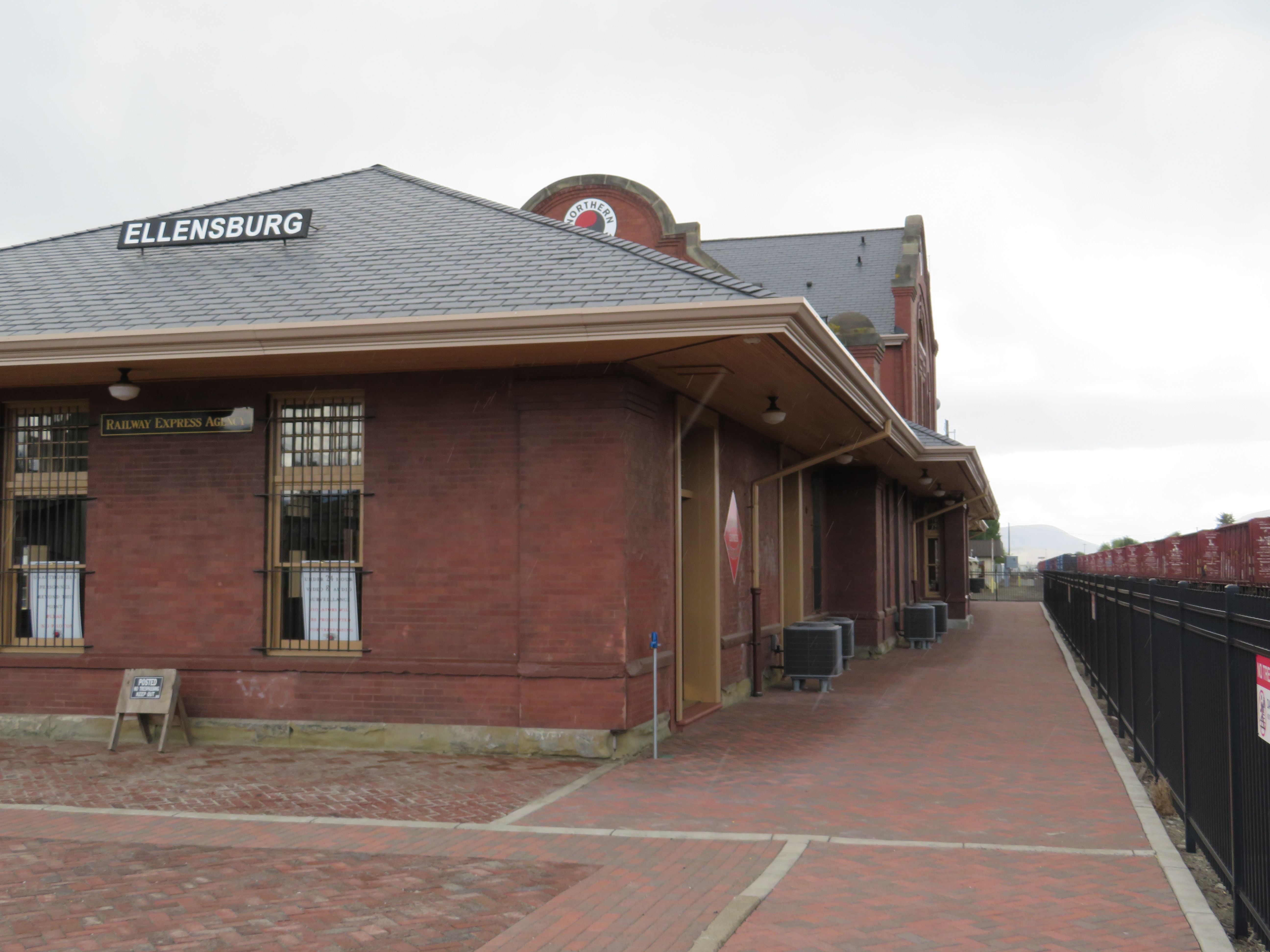 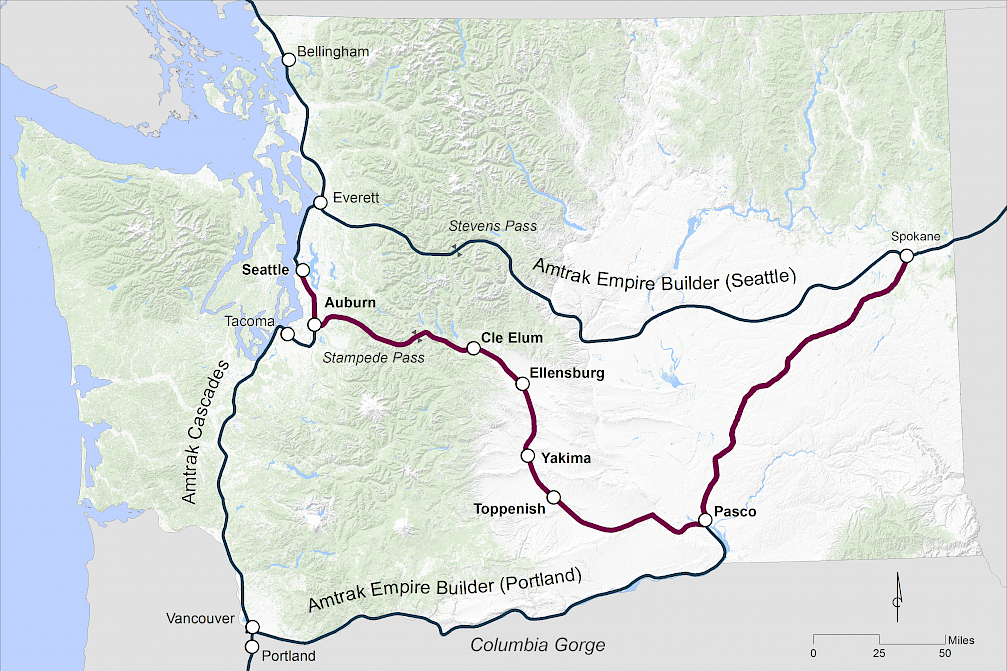 A map of the proposed passenger rail service along the Stampede Pass line, recently studied by the Washington State Joint Transporation Committee.

All Aboard Washington supports the restoration of daytime passenger train service between Seattle and Spokane via Stampede Pass. East-West trains serving the Yakima and Kittitas Valleys would improve public transportation access, safety, and convenience for residents and visitors alike.

How You Can Make It Happen

Here's what we need to do in 2021 to help move East-West passenger rail service forward:

County Rail Districts (CRDs) allow counties not currently part of a port district to receive state matching funds from sales taxes. Read more about why we need CRDs and what you can do to make them a reality.

Communities receive significant benefits from hosting passenger rail service. Many have matched other sources to market the service, and to build and maintain train stations in their communities.

These communities serve as great examples of train stations that were funded and created with significant local support: