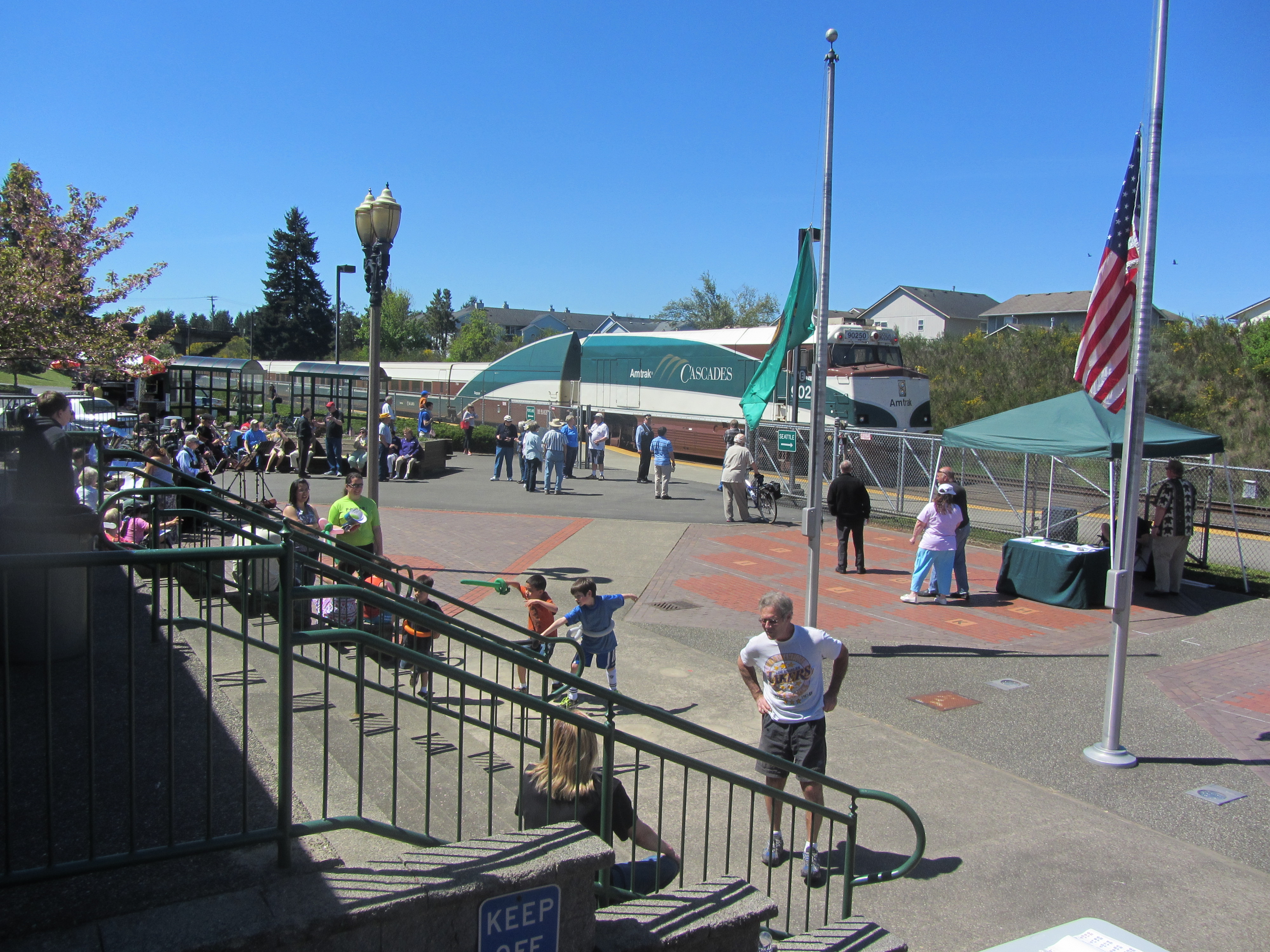 AAWA Board of Directors

Kathy Davis, President — Federal Way
Kathy Davis is a paratransit dispatcher. She enjoys traveling via Amtrak and has logged over 106,000 miles on long and short distance routes since 1990. Many of the long, leisurely trips were taken during her 26 years as a bookseller. She enjoys reading about the history of rail travel and looking at coffee table books on the architecture of stations.

Hendrik de Kock, Treasurer — Seattle
Hendik de Kock is a software engineer at Google, but has a strong interest in car-free transportation and urban housing and has been an advocate in the rail space for over 5 years. He serves as a council member for Washington State for the Rail Passengers Association (RPA), as well as serving on various committees for RPA, and has previously served on the city of Seattle HALA focus groups. He holds masters' and bachelors' degrees in computer science from Stony Brook University.

Patrick Carnahan, Lacey — Co-Executive Director
Patrick Carnahan is an experienced researcher, editor and writer. He has a strong background in international travel and passenger rail advocacy, with a focus on economically and environmentally sustainable urban design. He holds a bachelor’s degree in business administration with a concentration in marketing from Saint Martin’s University in Lacey.

Samantha Dana — DuPont
Samantha Dana serves as the Associate Vice President for Institutional Effectiveness of Clover Park Technical College, providing leadership for the institution's marketing and communications, institutional research, grants, accreditation, shared governance, and strategic planning efforts as well as the CPTC Foundation. Formerly, she was Director of Grants Research and Evaluation at Springfield Technical Community College in Massachusetts. She earned a master of science degree in Government Analytics with a concentration in Statistical Analysis from The Johns Hopkins University, and a bachelor's degree in political science from the University of Massachusetts - Amherst.

Adán Espino Jr. — Olympia
Adán Espino Jr. is currently employed at Sermonti Public Affairs. He works as a consultant in a variety of sectors, but has always held a keen interest in transportation, especially in regard to passenger rail. A Pacific Northwest native, he desired to dedicate his life to making an equitable, accessible, and more prosperous community and entered into advocacy work to accomplish this. Adán recognizes the clear geographic equity and accessibility issues with our state's car-dependent transportation system as being one of our state's most fundamental problems.

Bob Krebs — Salem, OR
Bob Krebs is the sitting president of the Association of Oregon Rail and Transit Advocates (AORTA) and a current elected member of the Salem Keizer Transit Board. A northwest native with over 50 years management experience in the transportation and tourism industry, he developed and operated many educational and marketing programs for passenger carriers including Amtrak, airlines, and bus lines. He retired from a third career with the Oregon Department of Transportation as the intercity passenger rail coordinator in 2004. His ODOT activities included the Amtrak Cascades/Talgo train project, renovation of Willamette Valley railroad stations, and improvements to the Oregon Intercity Bus Network.

Abe Zumwalt — Seattle
Abe Zumwalt is a graduate of Knox College in Galesburg, Illinois with a dual degree in Economics and French Language, Mr. Zumwalt brings to AAWA honed analytical, presentation, communication, and management skills alongside an intellectual passion for and historical understanding of American railroads. Prior to joining R. L. Banks and Associates in 2019, Mr. Zumwalt worked with the Rail Passengers Association to strengthen political coalitions to support diversified governmental transportation investment. He conducted socioeconomic impact research of extant and proposed American intercity passenger rail services in order to enhance advocacy work on specific corridors. He worked with the full range of stakeholders in the space, ranging from shortline railroads and equipment owners, international private railroad operations firms, elected officials at federal and state levels, local charity groups and individual advocates. He coordinated and moderated panels at biannual national meetings and various regional meetings for affiliated organizations, and distilled complex policy issues into digestible concepts for 30,000 Rail Passengers members.

Harvey Bowen — Seattle
Harvey Bowen is the immediate past president of All Aboard Washington and a Project Manager specializing in financial management, transportation, and software testing.

Lloyd Flem — Olympia
Lloyd’s longtime influence in Olympia has been key to giving AAWA, the only nonprofit representatives of intercity rail passengers in Washington State, a voice in the discussion of our state’s rail planning process.

Luis Moscoso, Government Affairs Director — Tumwater
Luis Moscoso is a former three-term former Washington State Representative, Vice Chair of the House Transportation Committee and co-founder of the Legislative Rail Caucus. Luis has over 20 years of experience in transportation, including as President/Business Agent of ATU 1576 with Community Transit, 5 years as Organizational Consultant on Community Transit’s Executive Leadership Team, 2 years on the PSRC Transportation Policy Board. He is a former VP of All Aboard Washington, and has served as AAWA’s Government Affairs Director since 2018.

Charles Hamilton, Co-Executive Director — Seattle
Charles Hamilton is the founder and co-owner of CHCS Consulting, which provides research, organizational development, publicity, marketing and website services to a diverse national client base of businesses and nonprofit organizations. In addition, he writes about tech subjects and advocates for improved passenger rail and transit services. He holds a Ph. D. in communication from the University of Maryland, and has a certificate in organizational development and training from Georgetown University. He is a former board member of the Capitol Hill (Seattle) Chamber of Commerce, Rail Passengers Association, and other community groups.