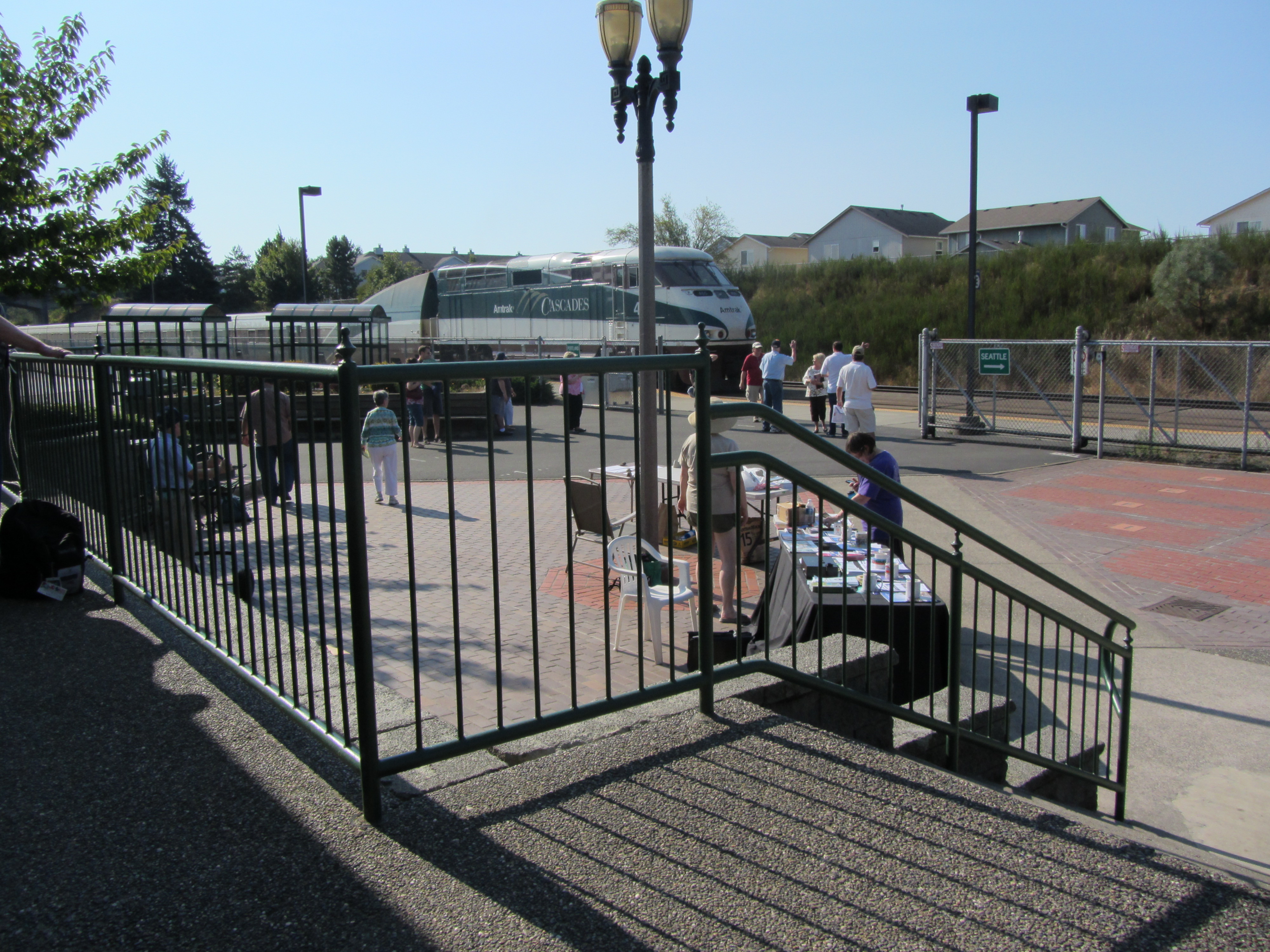 Last November, transportation secretary Roger Millar revealed a shocking statistic: the nearly 80% of WSDOT’s budget spent on highway expansion projects produced a 1% increase in total road capacity. This is an unacceptable outcome for Washingtonians, and a clear sign that we need to reexamine our priorities. No more status quo; our next normal needs to be obsessed with return on investment.

All Aboard Washington’s primary mission is to promote cost effective mobility improvements that make the most of existing infrastructure, especially rail. As the voice of the taxpaying public, we recognize the seriousness of our state’s impending budget crisis and believe it is important that we have real conversations about how to move forward in a fiscally-responsible, resiliency-oriented manner.

Japan. France. Taiwan. Italy. Regarding transportation, these countries all share one thing in common: they used their conventional rail systems as a bridge to successful high-speed rail. If we want our future high-speed rail system to succeed, we need to make the most of the safer, more environmentally-friendly ground transportation alternative we already have. If Amtrak Cascades is upgraded to the standard envisioned by WSDOT in its 2006 Long Range plan, it could relieve pressure for regional travel from both I-5 and SeaTac airport while building the train-riding culture needed for high-speed rail to become successful. We cannot expect high-speed rail to work without a fully-developed Cascades corridor supporting it. The first step we can take is to restore Cascades service to pre-pandemic levels.

The recent East-West passenger rail system feasibility study revealed tremendous support for restarting train service through the Yakima and Kittitas Valleys. STEER cited the 76% support rating for East-West trains as, “one of the highest [rates of public support] that we've seen for any sort of community engagement that we've done..." This system, serving the Stampede Pass corridor between Seattle, Yakima, the Tri-Cities, and Spokane, could be completed for roughly the same cost as 6 miles of I-90 lane widening across Snoqualmie Pass. And once the Seattle-Spokane segment is completed, service to Boise could use these same tracks, giving Central and Eastern Washingtonians great connections to the entire Northwest. Combined with existing Cascades and Empire Builder service, Stampede Pass passenger rail would help provide accessible public transit service to the entire state.

Long-Term Impacts from the Pandemic

All Aboard Washington sees changes resulting from the pandemic that will have long-term impacts.

It MUST be a near-term goal for us to restore Cascades service to pre-pandemic levels, which saw the service record phenomenal ridership just months ago.

At its 2020 general membership meeting this past Saturday, November 14th, All Aboard Washington welcomed its four newest directors to the board: Samantha Dana, Pete Lewis, Adán Espino Jr., and Bob Krebs....

It's All About Return on Investment

All Aboard Washington's Luis Moscoso, who was named to the Legislature's Statewide Transportation Needs Assessment Advisory Panel in June, will participate in the panel's initial meeting tomorrow, Wednesday, August 19, at at 1:00 PM....

"Go By Train Safely" Masks Available for Donations to AAWA

All Aboard Washington is offering a very limited number of masks printed with the AAWA logo and the slogan “Go By Train Safely” to those who donate $100 or more. Donate soon, as these masks will sell out quickly....