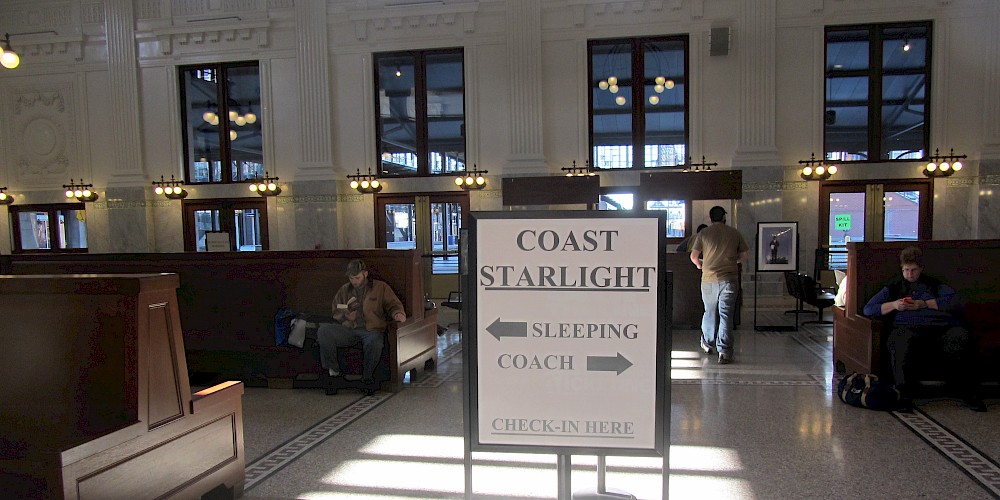 Sometimes, terrible news takes a while to sink in.

Leaving Kelso on Monday morning on train 502. Jim Hamre and Zack Wilhoite had planned to board and meet me in the bistro car. But they didn't show.

I had already seen the images of 501 hanging off the highway bridge while waiting to board 502 in Portland. It looked bad, but those of us in line figured, well, at least we can detour over the old Point Defiance route.

The news dribbled in all morning. Three fatalities; no, six; no, three...No word from Zack and Jim. But maybe they were injured and in a hospital. Maybe they'd lost their phones.

By 2am Tuesday we'd heard, unofficially, that they were among the fatalities. And by the morning, it was official.

It's too early to speculate on causes. But let me share some of the wonderful things that have been said about Jim and Zack in the press.

Jim and Zack were board members of organizations that advocate for passenger rail. In their memories, please consider donating to

The organization in your area

And our friend Hendrik has proposed an idea I like very much: He suggests that we push to have the new Tacoma station named for Jim and Zack, with an appropriate memorial located there. This would be permanent recognition for the two Pierce County residents. Contact us if you would like to help.

We apologize for the delay in sending the February-April 2018 AAWA newsletter to you. This issue is a memorial to...

Sometimes, terrible news takes a while to sink in. Leaving Kelso on Monday morning on train 502. Jim Hamre and Zack...