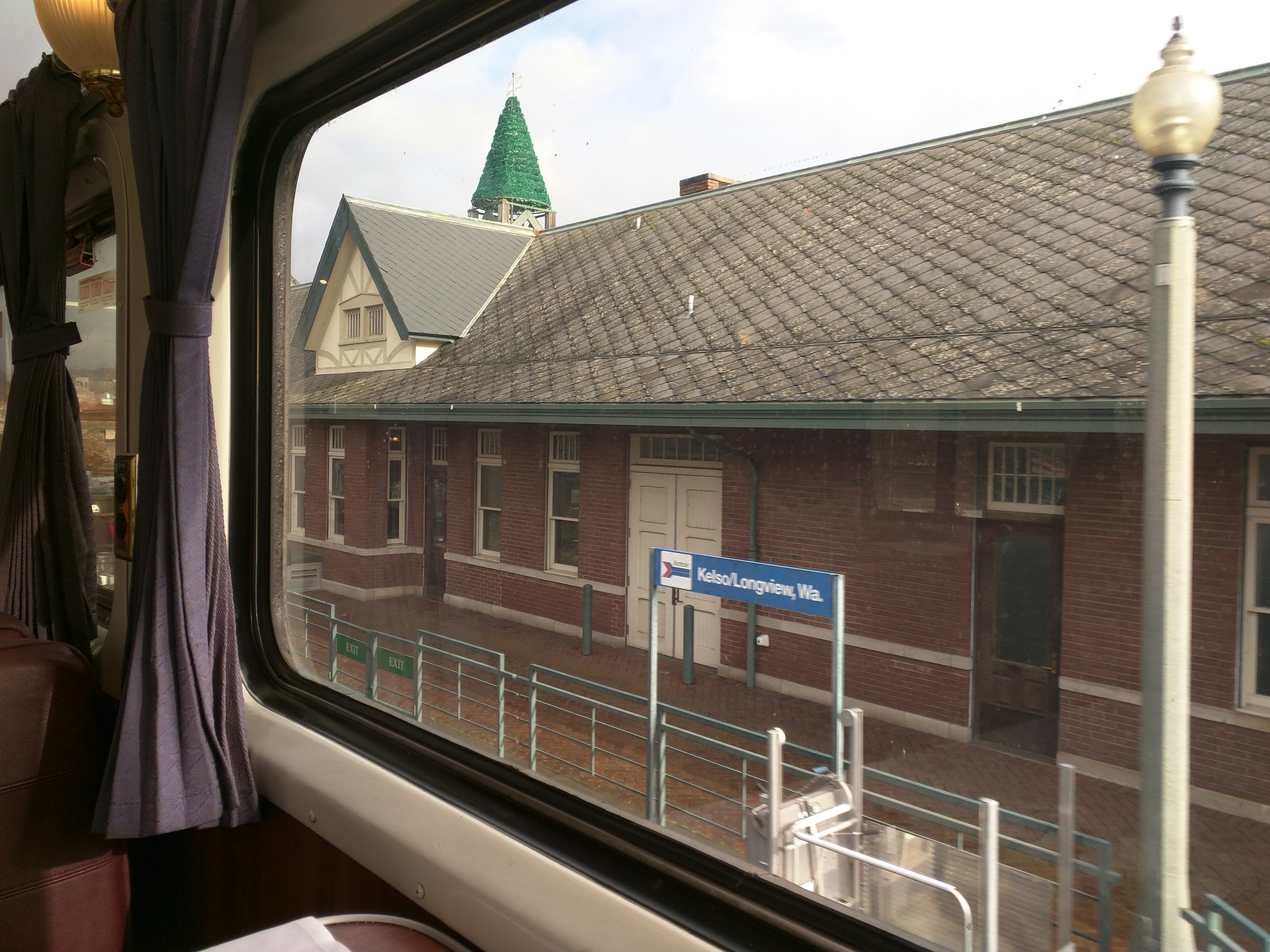 Hans Mueller, a founding member of the Washington Association of Railroad Passengers (what we now know as All Aboard Washington) passed away on April

7 at the age of 98. Hans was a dear and beloved member of our organization. He served on the board of directors for many years and was both treasurer and membership director in the 1980s and 90s. He is a recipient of our Tom Martin Award for his long time dedication to AAWA and advocacy for passenger rail service and balanced transportation.

When I joined WashARP in the early 80s Hans was the membership director. His database in those days was 3 by 5 index cards. His son Rick got him a computer about 1990 and we went electronic to manage the membership.

One of my many memories was when Hans and I traveled to the spring NARP meeting in Washington, DC, using VIA Rail Canada. We rode the legendary Canadian from Vancouver to Toronto and used VIA corridor service to travel to Montreal and Quebec City before heading south to DC. Here are additional thoughts about Hans.

Chuck Mott, president of All Aboard Arizona, and longtime member and former president and chairman of WashARP/AAWA:

Mary Jo and I were deeply saddened to learn of Hans Mueller’s passing away.

Hans was a faithful supporter of our organization during the entire time I served as your president and chairman, 1983-2008. He was the person who was responsible for me joining WashARP, back in November 1981.

Hans was also the person who urged me to run for president of WashARP in 1982. You folks who are long timers will remember Han’s devoted stewardship in his tireless role, and often thank­less task, of handling membership and financial records for our organization for so many years. Hans didn’t often say a lot in our board meetings; when he did, his advice was always carefully thought out, practical and doable. He was never hesitant to pull me aside to offer private advice. It was characteristic “Hans Mueller” and I was always appreciative of him for doing this. Moreover, and very importantly, he was a steadfast, strong supporter of me as the leader of All Aboard Washington.

I will always remember Hans for the important contributions he made to our organization in so many countless ways and his eternal and patient optimism for the future of passenger rail, both in Washington State and nationwide, as a longtime director of NARP. Most importantly, Hans was always a loyal, supportive and trusted colleague and friend.

We send our prayers and condolences to his loving wife Mary, his family and to all his many, many friends who loved and cherished his friendship.

I shall miss him greatly!

Hans should be remembered for taking WashARP in the early 1980s from a small fledgling group that produced a newsletter a few times a year to getting us organized to save and improve rail passenger service during the Reagan era. Hans, Rocky Shay, Roger Mumm, Ethan Robbins and myself met several times to reorganize and revitalize the group. We began producing the newsletter bimonthly, inviting NARP members and others to join. Hans was good at recognizing the right people in the expanded group for leadership and asking them to serve specific roles.

In 1982 I did seminars around our state on developing famers markets. I traveled by train as much as possible, but had difficulty convincing travel agents that I wanted to go by train, not fly.

A NARP newsletter in 1982 listed state-level rail advocacy groups. I wrote to a Seattle address asking if my NARP membership meant I was also a membership of WashARP. (I wasn’t.)

I also mentioned the apparent lack of atten­tion to the rail mode by even travel professionals. Two days later the friendly phone voice of Hans invited me to a meeting in Seattle, saying I needed to join WashARP. I attended and joined at that meeting.

In the 35 years since 1982 Hans was a rock of stability and responsible passenger rail advocacy.

Always a positive and constructive person whose knowledge and prudent thinking helped guide the successes we have achieved.

Darleen and I were pleased that Hans and Mary Mueller attended our wedding in 1993 at Centennial Station.

I see Hans’ passing as not a sad event so much as cause for celebration of a long, productive life. We are honored to have been friends and colleagues of Hans Mueller.

Lloyd spoke at Hans’ memorial on behalf of All Aboard Washington on May 13.

Hans’ obituary is in the Seattle Times.

All Aboard June event is for fun

All Aboard Washington hosts Rail Users Network in Seattle

All Aboard Washington legislative day in Olympia