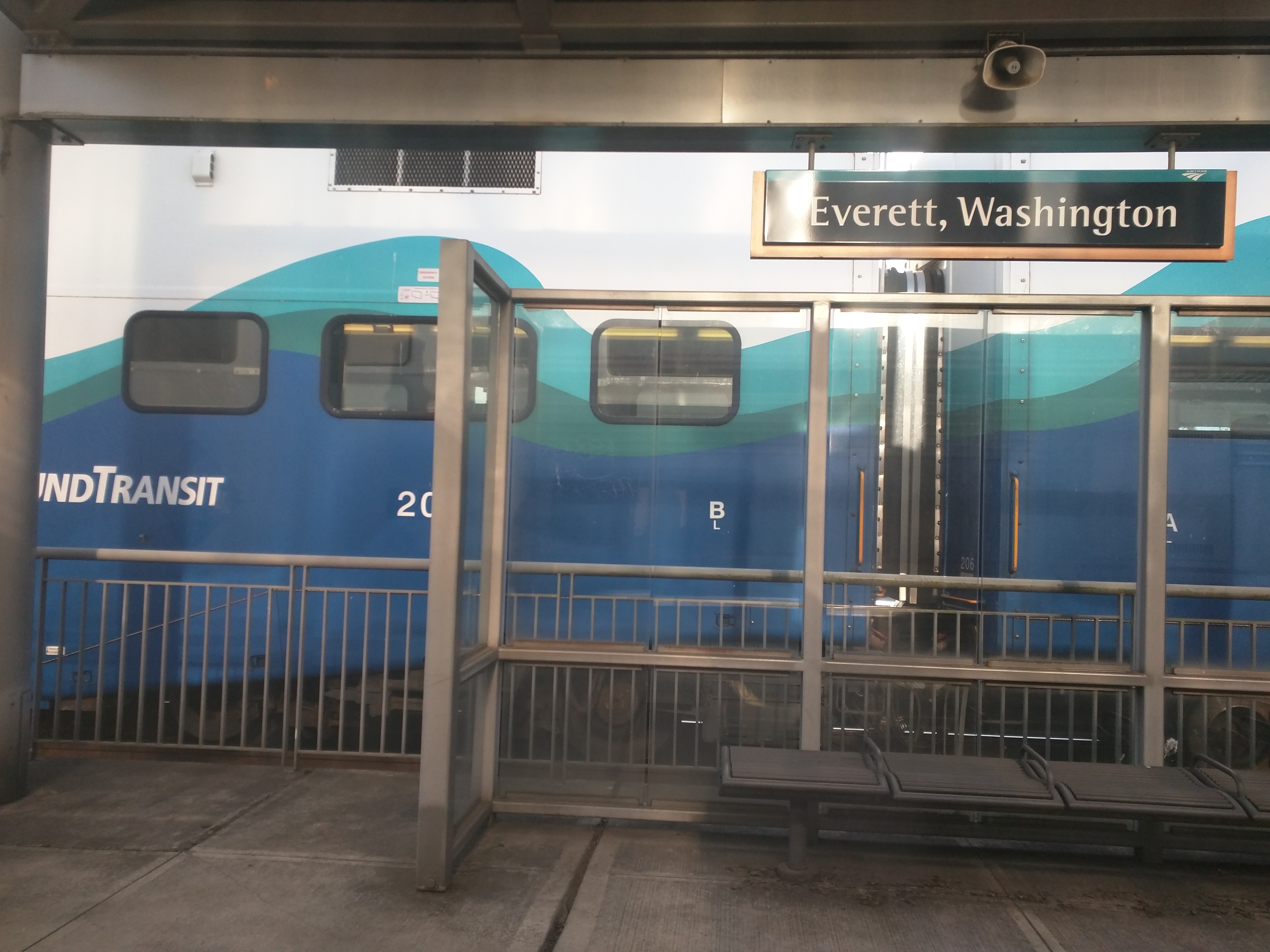 The passenger rail community in our state and our country lost a tireless advocate and friend yesterday with the passing of Ken Uznanski. Ken led the WSDOT Rail Division during the 1990s and first decade of the 21st century when the intercity passenger rail program bloomed in Washington and the Amtrak Cascades were born. Here is a tribute (posted on Trainorders.com) from Tom White, who worked with Ken during much of that time:

Ken Uznanski worked in the Washington State Department of Transportation (WSDOT) Rail Office 1991-2010 (if I remember that final date correctly). For most of that time, he was the Transportation Manager of the Public Transportation and Rail Division and led the high speed rail effort in Washington.

Most people here, probably all or almost all, don't know or have never heard of Ken. His work affected many of you, however.

Ken led a small and dedicated group of state, Amtrak, and BN employees, and consultants in developing passenger and freight rail improvements in the state of Washington.

...the Pacific Northwest Rail Corridor program was developed from an idea into today's Amtrak Cascades service. The 2007 report on the program contained a plan for current and expanded 110 mph service that was sufficiently detailed to cause Washington State to be awarded the first federal high speed rail grant money, $6 million, and to be subsequently awarded something like (dim memory) a second grant of close to $800 million.

...WSDOT developed a close working arrangement among Amtrak, WSDOT, and BN. The working team had one goal, develop a high quality rail system in Washington, passenger and freight.

...passenger service between Seattle and Vancouver BC was restored and the long process of all passengers getting off the train for customs at Blaine / White Rock was eliminated,

...dozens of municipal and other speed limits between Vancouver WA and Blaine WA were eliminated,

...new crossing signals were installed at virtually every grade crossing between Vancouver and Blaine,

...Washington State worked with Burlington Northern to develop and implement the higher speed limits that the Talgo trains were capable of achieving, reducing Portland - Seattle schedule running time by 30 minutes,

...the rail office conducted an economic study that demonstrated the advantage to the state of funding the rehabilitation of the Cheney - Coulee City former BN branch line as well as other freight branch lines,

Ken was interested in quality, on the job and off. Under his leadership, nothing was designed or implemented to be good enough to get by. Everything had to be done right. For those of you who notice the difference between the original Talgo trains in Amtrak Cascades service and the new ones that were just placed in service, you have Ken and his team to thank for the level of comfort and service in the original trains and in the Amtrak Cascades service. Ken held the consultants on his team to a very high standard. We were awarded repeat contracts not because we had been around a long time, but because we were required to demonstrate knowledge and high quality work every day and every time the contract came up for renewal.

In 1995, the Washington State Rail Office received the AASHTO President's Award in Rail Transportation. Ken received the award personally in 1996.

Ken was an economist, but he knew more about railroading than many railroad managers I have met. He was always interested in the how and why of every answer. At lunch during the Transportation Research Board annual meeting in Washington DC several years ago, the conversation led to a point at which I told him that at some time, it may be necessary for me to tell him something he doesn't want to hear. He responded that he hoped so; I'm on the team to give the right answer, not the one he wants to hear. He was always interested...and dedicated. There were many times that we were on the phone early in the morning or late at night working out some problem that the program had to overcome.

Things changed in Olympia after about 2008 and the little dedicated team, including Ken, went separate ways. In about 18 years, we accomplished a lot to be proud of, and he led the effort all the way.

I have been honored to know Ken and to have been a member of his team for 18 years. He was a good friend, although we had to keep it at arms length since he was the client and I was the consultant.

He died this morning of a heart attack, a great loss to his family, those of us who worked with and knew him, and to passenger rail.

All Aboard Washington June 14th Meeting