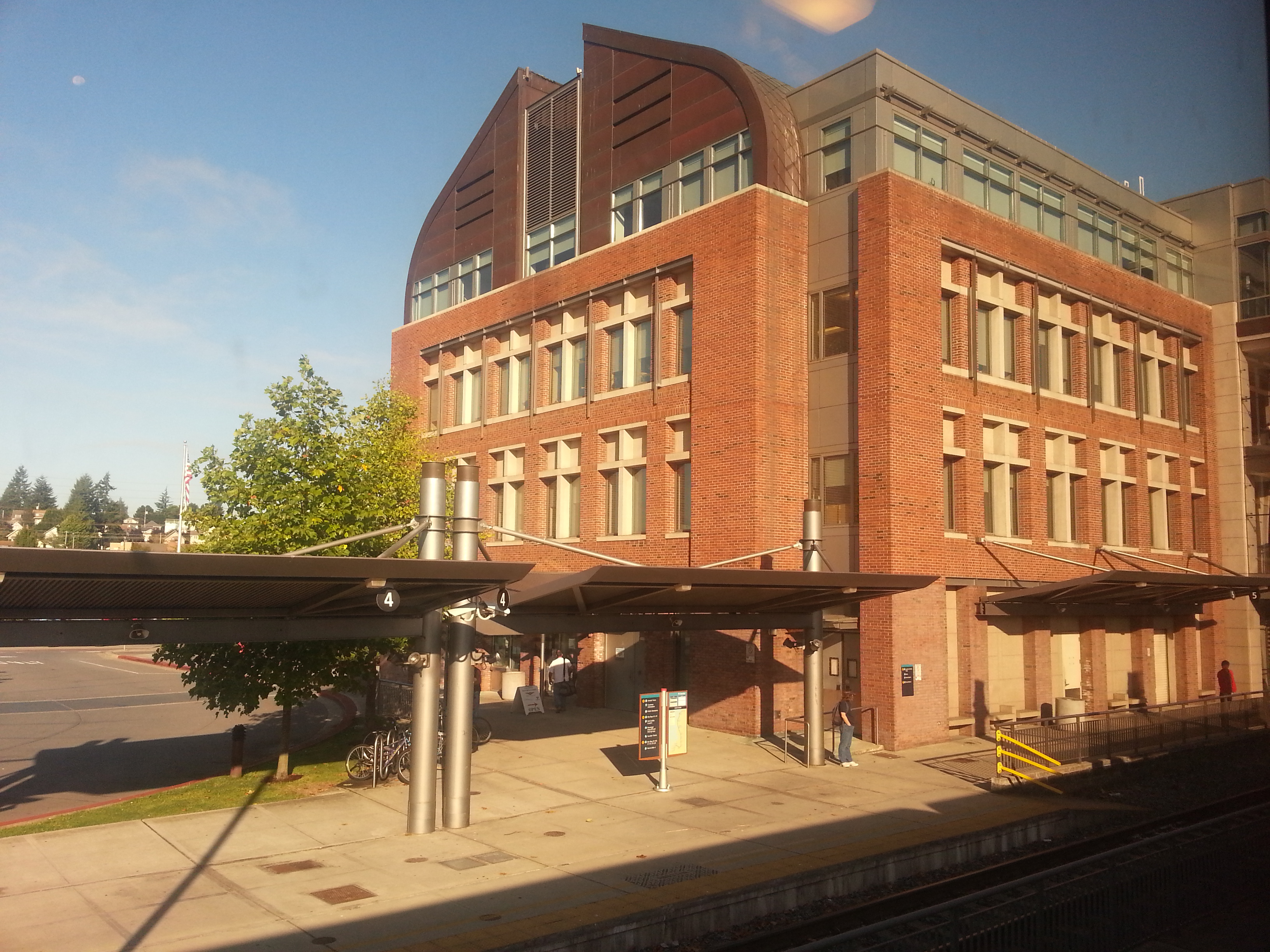 Here's an article from the September/October 2014 All Aboard Washington newsletter.

With the Pt. Defiance Bypass Project – which relocates Amtrak service through Tacoma from the Pt. Defiance line to the line used by Sounder to Lakewood – advancing, the Amtrak station for the city needs to be relocated to Freighthouse Square, where Sounder now stops. WSDOT has been working diligently with Tacoma Dome District stakeholders, Sound Transit, Amtrak, the City of Tacoma and All Aboard Washington (the advocates for the passengers).

Many locations in Freighthouse Square were analyzed and reduced to three options: the east end, the west end and a central location just west of the Sounder station area. Some in the neighborhood favor the east end but this location has many negatives. The major issues with the east end: a quick analysis by WSDOT indicates construction costs would be higher; annual operating costs are about double the other locations (which are estimated at $800,000 to $1 million); and the east end is the least desirable location for passenger convenience and comfort and for Amtrak operations.

WSDOT has selected the central location as the preferred alternate. This option will be forwarded to the Federal Railroad Administration (FRA) as a compromise that meets the expectations and requirements for an Amtrak station. WSDOT will continue to work with stakeholders during the design phase for the central location. A public meeting will be scheduled to share design concepts and to gather ideas on several design elements. Once approved by the FRA, construction will start in late 2015 or early 2016.

All Aboard Washington will continue to represent the needs and concerns of the rail passengers, which, after all, are the whole reason the trains and stations exists. 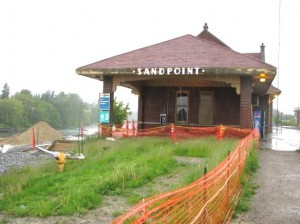 The forlorn Sandpoint Station in 2010 during construction of the Sand Creek Byway.

As reported by the Bonner County (ID) Daily Bee, an agreement has been reached between Amtrak and BNSF on restoration and reopening of the Sandpoint train station. It was closed several years ago because of deteriorating building conditions. Passenger have had to wait outside since then.

Amtrak has almost $1 million for the improvements provided by the Idaho Dept. of Transportation during Sand Creek Byway negotiations to move or restore the station. The Sand Creek Byway is a freeway IDOT squeezed between the station and the adjacent creek.

Improvements to the building’s exterior include replacement of the roof. All the sheathing and underlayment will be replaced, as will defective rafters, trusses, fascia boards, gutters and downspouts. The brick exterior will be repaired and repointed.

Inside, the plaster on the ceiling and walls, terrazzo flooring in the waiting room and women’s restroom – soon to be the new unisex restroom – will be repaired and restored. Energy-efficient lighting will be installed. A modern HVAC system will replace the oil furnace. The plumbing and electrical systems will be replaced.

Amtrak will install a new, ADA-compliant platform to the south of the station using its dollars and not the restoration fund.
Construction is supposed to start soon. After work is completed, the Sandpoint Station will still be unstaffed, but the reopened waiting room will provide a place to wait – especially welcomed by passengers in the winter. 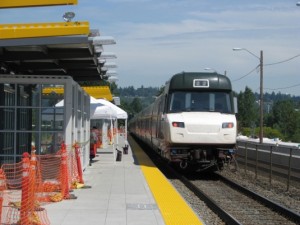 The permanent Tukwila Sounder/Amtrak Cascades station has been under construction for the last year and is planned to be completed by the end of 2014. The new facility is being built around the temporary station, which has made for challenges for the contractor, the passengers, BNSF, Amtrak and Sound Transit..

The new 390 stall parking lot and the transit center on the west side of the BNSF mainline have been mostly completed, as well as much of the west platform. The cities of Renton and Tukwila have opened the first phase of the Strander Blvd extension under BNSF which connects the station to Renton’s street system. Funding is still needed to push Strander Blvd west under the Union Pacific tracks to West Valley Hwy.

Dedicated Amtrak parking spaces are located at the south end of the parking lot. This will make for a fairly long walk to get to the east platform since the existing pedestrian underpass at the north end of the station will remain as the only access from one side of the tracks to the other.

All Aboard Washington has expressed our concern about Amtrak passengers being on the wrong platform when a train arrives unless a system is put into place to communicate to the passengers which track the train will arrive on. People with luggage having to make their way to the other platform will cause train delays and harried passengers.

The Spokesman Review reports that a group of Cheney residents is working to save the city’s historic Northern Pacific Railway station from demolition. BNSF has offered to donate the station to the community if the group can come up with a plan to move it off the railroad right-of-way.

Save Our Station is looking at several properties in Cheney and is seeking donations to pay for moving and rehabilitating the 1929 depot. The Spanish mission-style station replaced an 1881 wooden depot that served the early years of rail service.

Cheney Mayor Tom Trulove said the city doesn’t have money, but is supporting the efforts by Save Our Station.

The group estimates the cost of moving and fixing the station at $415,000. A significant portion of that cost could be covered by an offer from an Alaska doctor, whose father grew up in Cheney, to donate money for land acquisition.

Gus Melonas, BNSF spokesman, said the railroad has not been using the building, which sits next to the railroad’s busy main line between Spokane and Portland. The railroad has put demolition on hold to allow Save Our Station time to come up with a plan.

The group is researching possible uses for the building, including retail outlets, tourism, a museum, mixed uses or a transportation facility.

One of All Aboard Washington’s major goals is to return daytime passenger rail service between Seattle and Spokane. Cheney, home of Eastern Washington University, would be a logical stop on this route. While we support saving the station, moving it far from the BNSF mainline would preclude using it for its original purpose.