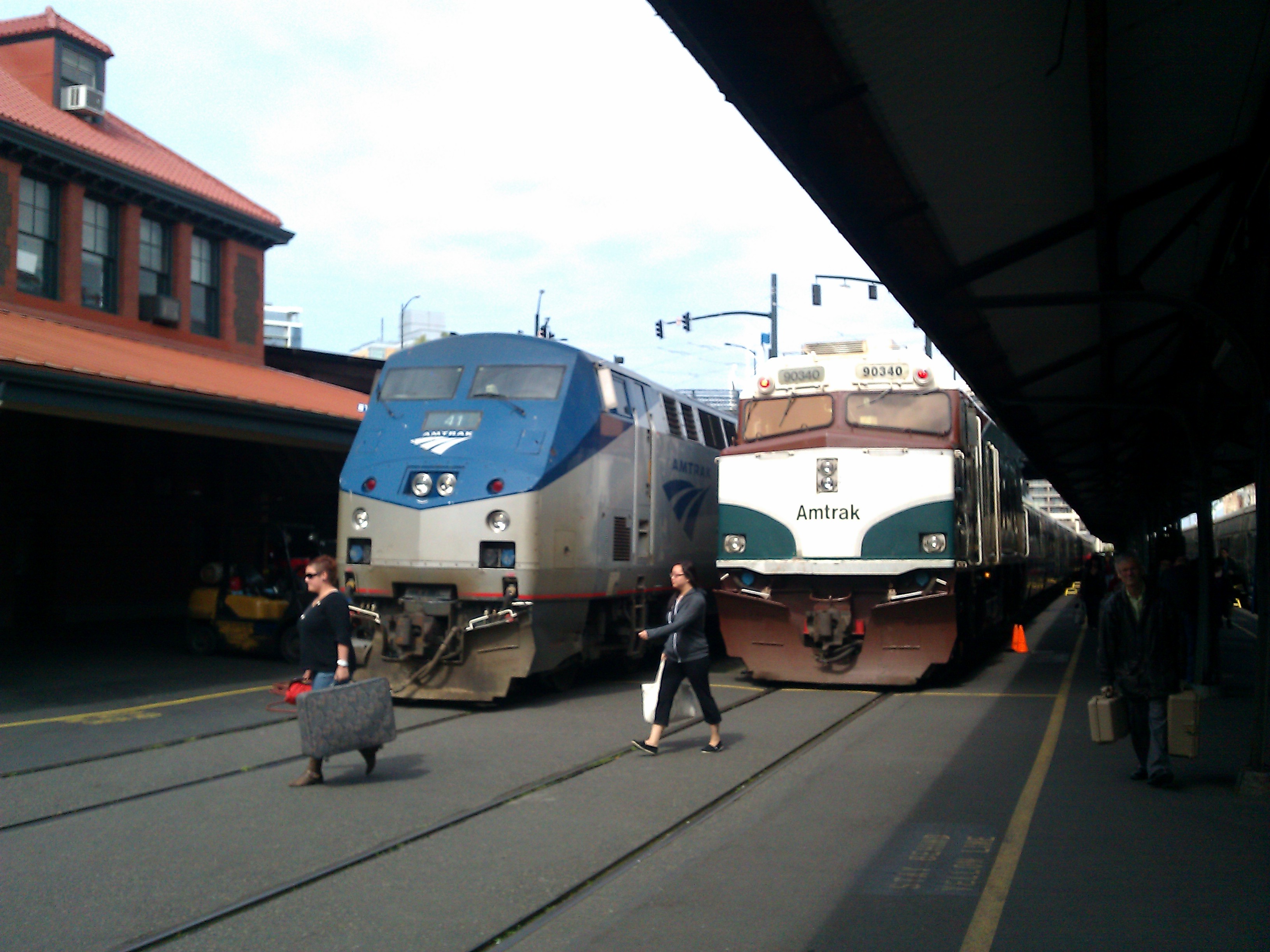 There are a lot of groups asking for your hard earned money. All Aboard Washington will not ask for your money as a down payment for future promises, but we ask you to help us continue our successful and long standing mission of supporting passenger rail in the State of Washington. We are widely recognized as among the nation’s most effective state-level passenger rail advocacy organizations.

We have a long history of maintaining close and affirmative relationships with the Washington State Department of Transportation, Amtrak, Talgo, Cascadia, our congressional delegation and state legislature, community leaders, transit providers, and NARP and other transportation advocacy groups, including our rail advocacy counterparts in other states. These close relationships have been instrumental in WSDOT getting $820 million in Federal high performance rail grants for our Northwest Corridor.

Our successful strategy of “Praise and Push” has resulted in improvement and expansion of our Amtrak Cascades rail service, and keeps passenger rail in the spotlight as a reliable, environmentally-sound and cost-effective means of passenger transportation. As Lloyd Flem, our executive director, points out in his latest newsletter column, it’s up to all of us to speak up positively to a degree than we haven’t before in order to further elevate passenger rail.

We fulfill the Advocate’s role in Olympia for Passenger Rail, representing You, the passenger. Our work has helped encourage WSDOT and BNSF to find ways to begin mitigating the “Mud Slide Problem” where entire trains are cancelled for a minor slip of a slope. With $16 million in new federal grants, BNSF recently completed containment walls along two of the most problematic slide areas in Mukilteo and Everett. So far this fall (admittedly dryer than normal) no train cancellations!

We are working with WSDOT to ensure the high performance rail investments are completed to serve Amtrak and even BNSF. We want to see running times reduced more than 10 or so minutes for our $820 million in investments. Two new trainsets purchased by Oregon DOT are now in service and modern locomotives – bids now being evaluated by Illinois DOT, the lead agency for the procurement – will be purchased, which will also improve reliability. We are keeping a watchful eye on the progress of these projects and will make sure promises are kept!

The Legislature continues to develop a transportation tax package that funds mostly highway expansion projects. Though potential deals do contain some state support for local transit, little funding appears to be designated for further expansion of our intercity rail system beyond the additional two roundtrips that will start in 2017. We continue pushing for intercity passenger rail expansion – both north-south and east-west – to be a part of any transportation package debated in the 2014 legislative session.

All Aboard Washington continues to support community efforts on both sides of the Washington/British Columbia border to establish an Amtrak Cascades stop in Blaine. Though Blaine is not a large community, over 800,000 people living between the border and the Fraser River could be served by a Blaine stop without impacting the immigration control now conducted at Pacific Central Station in Vancouver. The stop would help boost ridership and revenues on the Seattle-Vancouver trains – a mandate from the Legislature.

Compared to many advocacy organizations, All Aboard Washington operates on a small budget. Most of our financial support comes directly from our members who believe in our mission of increasing and improving intercity passenger rail service. We accomplish this by using our limited resources for organizing and putting on events around the state, producing our newsletter and running our website. Executive Director Lloyd Flem receives a small stipend for which he puts in many, many hours (for more than 27 years) to accomplish our mission. Everything else in our organization is done by volunteers.

Your donation of $25, $50, $100 or any amount keeps us moving towards our goals; we can’t do it without your help. In addition to your extra donation, please contact family, friends and colleagues who support passenger rail service and ask them to join us. A strong majority of the public supports passenger trains. In a priorities survey conducted by the Transportation Commission, people of our state ranked expanded intercity passenger rail service second only to maintaining and repairing our existing roads.

It’s quick and easy to donate to All Aboard Washington. You can go to our donation website http://allaboardwashington.org/fundraiser/. Please include your membership number if you know it when asked (not required). Using your number ensures your donation is properly credited.

Join us for our January 11 meeting at noon at Basil’s Kitchen, Embassy Suites Hotel, in Tukwila at 15920 W. Valley Hwy. The hotel is a short walk from the Tukwila Amtrak/Sounder station. Several key legislators have been invited.

Thank you for your continuing support. We look forward to seeing you on the train soon!