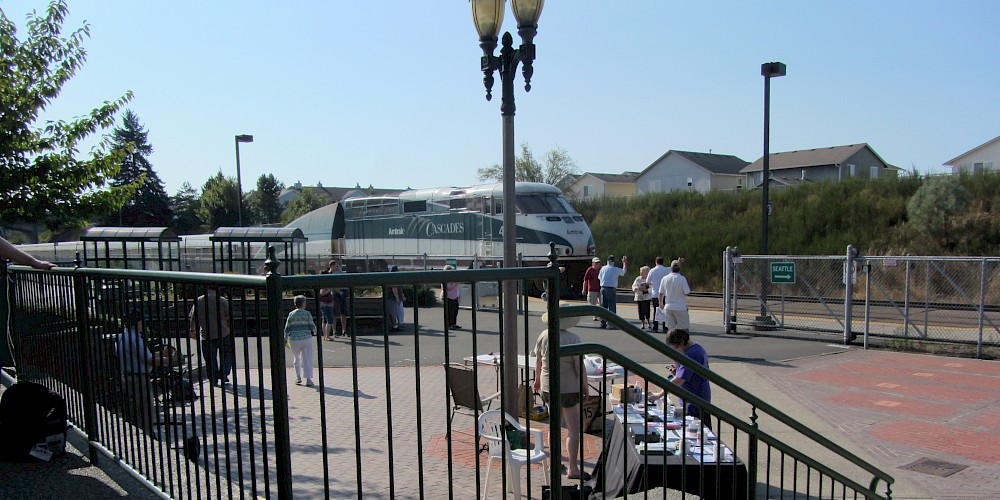 From the CNN article "For American high-speed rail, 2020 could be a turning point":

High-speed rail advocates say that 2020 may be a turning point for US high-speed rail development, which has long lagged other developed nations....In the Pacific Northwest, a project to connect Portland, Seattle and Vancouver with one-hour trips, has drawn an investment from Microsoft to study the feasibility.

The just-released state study of the feasibility of returning passenger rail service to the Yakima Valley and Stampede Pass shows that cross-state service is financially and technically feasible. This project will be an important component of the much-needed economic recovery, which will benefit both large and small population centers. The next steps will be to improve Cascades and cross-state service by increasing frequencies and upgrading the existing infrastructure and equipment to emerging high-speed rail standards. This will create an integrated, statewide network that will feed the planned "ultra-high-speed" rail network envisioned to serve the urban spine of Western Washington.

AAWA will discuss the new study, plus next steps for evaluating economic impacts, at our Central Washington Passenger Rail Summit on Saturday. Please join us. 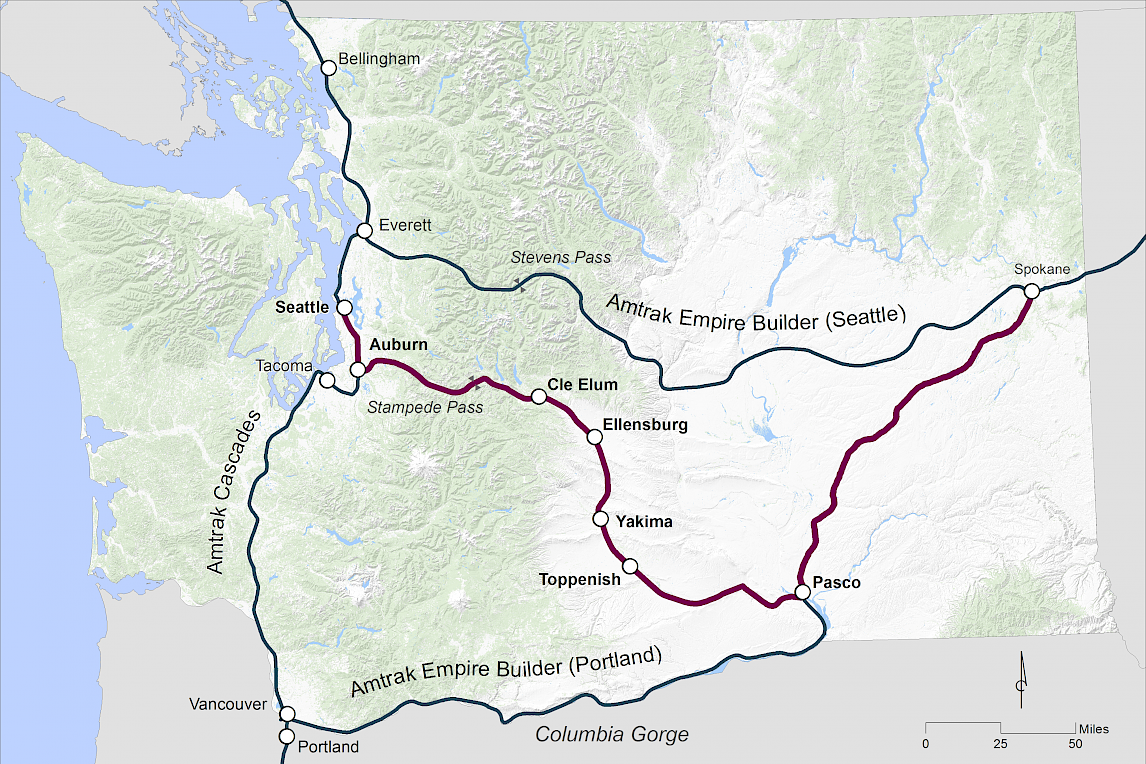 All Aboard Washington is pleased that progress is being made to restart Amtrak's use of the Point Defiance Bypass. We are disappointed that there were no details given about expectations for new equipment aside from the temporary Horizon cars provided by Amtrak....

The final version of the year-long study of the feasibility of returning passenger rail service to the Yakima Valley and Stampede Pass is being released this week. All Aboard Washington advocated for this study, which was overseen by the Legislative Joint Transportation Committee. AAWA responded to the draft study earlier. We will discuss the final study this Saturday, July 11, during our online Central Washington Passenger Rail Summit....

All Aboard Washington Responds to East-West Passenger Rail Study

All Aboard Washington is pleased that the Feasibility of an East-West Intercity Passenger Rail System for Washington State (East-West) study previewed on Tuesday shows that passenger rail service between Seattle, Auburn, Cle Elum, Ellensburg, Yakima, Toppenish, Pasco, and Spokane is technically and financially viable. It is imperative that this preliminary study be followed up with a full analysis of the economic benefits that will accrue to the areas to be served by East-West passenger rail service via Stampede Pass....