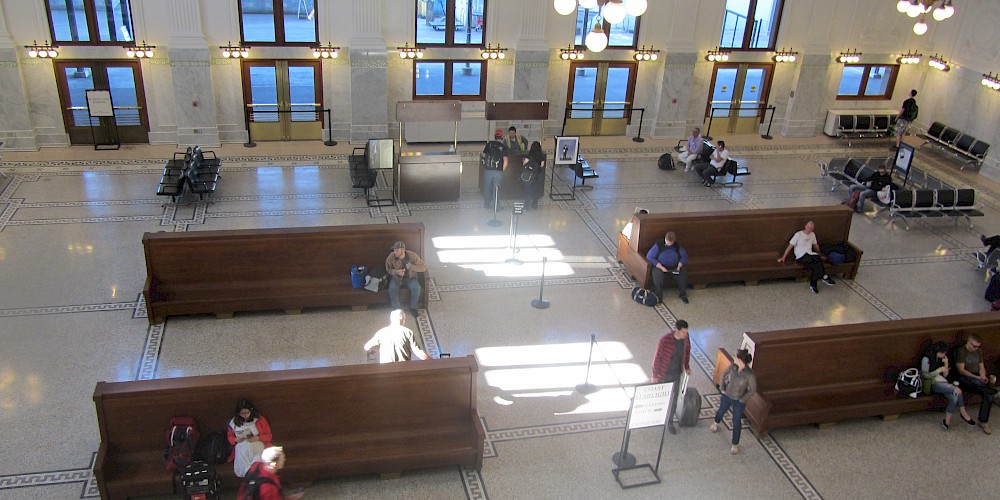 Join All Aboard Washington on our Train Trek across the Northwest! We will be hosting a conversation about cities along the East-West rail corridor that could benefit tremendously from expanded passenger train service between Seattle and Spokane.

August brings us to Spokane, the second largest city in Washington and a jumping-off point for recreational activities in Northeast Washington and North Idaho. It is a major stop along Amtrak's long-distance Empire Builder, which travels between Chicago and Spokane before branching into two separate trains to Seattle and Portland. While the Builder does provide a great service to the entire state, it only travels through Spokane at late hours in order to arrive in and depart from Seattle and Portland at convenient times. Spokane residents, students, and visitors would all benefit from having access to daytime train services that help fill in this time gap.

All Aboard Washington's East-West passenger rail project would introduce daytime train service connecting Spokane with the Tri-Cities, the Yakima and Kittitas Valleys, and the Puget Sound. A recent study of East-West rail service, conducted by consulting firm Steer, concludes that it is both feasible and likely to generate potentially significant ridership. While end-to-end run times are long, East-West passenger trains would be much more affordable and accessible for riders going between Central and Eastern Washington than many existing intercity bus and flight options. Spokane stands to benefit from offering improved access to its universities, health care facilities, businesses, and leisure opportunities.

Please join us in this online discussion of East-West passenger rail for Spokane, scheduled for August 27, 2020. Admission is free with a suggested donation of $10 so that AAWA can continue to host these important and needed conversations about the future of passenger trains in Washington.